WHERE to Wear and NOT Wear SEQUINS? Your Questions ANSWERED!

That is the question.

Though probably not one Hamlet grappled with on a daily basis.

Are there really any places you shouldn’t wear sequin clothing?

Bling is on Everything!

Sequins were once relegated to the night.

They shimmered on stages, starlets, divas and the opera-going one percent.

But sequins have seen the light of day.

Think of any piece of apparel, and you’ll find a sequined version.

The same goes for homeware.

Even the family dog’s collar and coat have succumbed to the allure of those tiny pieces of shiny metal (or rather, shiny plastic).

Now that you can surround, and drape, yourself in sequins, should you?

Where is it okay to wear that cherished glittery garment?

But there are several places wearing sequins would be a social faux pas on the same scale as wearing nothing at all.

Sometimes, Wearing Something Shimmery is Almost a Necessity

There are times when wearing sequin clothing is not only okay, but also de rigueur.

Think parties, nightclubs and competing on anything with ‘RuPaul’ in the title.

Tee shirts or jeans or skirts or jackets with a little highlight bling might be perfectly fine to wear while running errands, shopping, or eating out.

But there are some places you most definitely should not wear anything with any amount of sequining on it.

Where to Wear Sequin Clothing: Not at Weddings & Funerals

Weddings and funerals are the two most glaring examples of places you shouldn’t wear sequins.

As the saying goes, you don’t want to upstage either a bride or a corpse.

Not that the person laid out will care, but the mourners might.

And you always want to avoid the wrath of a bridezilla and her pack of slightly less well-coiffed but possibly equally-as-savage maids.

If the bride herself is in sequins, and plenty are, you’ll be mince-meat in seconds should you turn up in some yourself.

The courtroom is another prime place to not wear sequins, beads or crystals.

The only person allowed to get away with bling in a legal setting was Ruth Bader Ginsburg.

And that’s because she was smarter than everybody else.

Think about what goes on in a courtroom. The trajectory of people’s lives is often being decided.

Sometimes life itself is in jeopardy.

Usually though, courtrooms are deadly-dull, eyes-crossed boring, as anyone who’s ever tried to study a legal text will attest.

But either way, the court room is not the place for frivolity and fun and a touch of whimsy, which is what sequins bring to this sometimes tired and cynical world. (RBG excepted.)

Where to Wear Sequin Items: Not at Job Interviews

Tempted to make an impression at your next job interview to set yourself apart from the 500 other applicants?

Sequins are not the way to do it.

Your can-do attitude and smarts will do that.

Yes, it is acceptable to wear sequin apparel in most workplaces where uniforms are not mandatory.

But there are types of sequins and cuts of fashion that are better on the job than others.

It seems almost a contradiction in terms, but sequins can be understated.

And those are the kind for the office.

Wait till you get the job and get the lay of the fashion landscape in your new place of employment before you take the plunge and bling up, in a subtle way, for your 9 to 5.

Sequins are not dirty per se but they do have a lot of surface area and/or tiny nooks and crannies, depending on the type of sequining.

So another venue to avoid wearing sequin clothing, or other items like sequin hats, is a hospital.

Your own hair also has a lot of surface area and therefore gets coated with a lot more bacteria on each strand than just the surface of your scalp alone does.

That’s the reason hairnets and caps are worn by doctors and food service workers.

No one wants bacteria-laden hair dropping into their Happy Meal or heart transplant.

So, wearing sequins into a hospital means you’re going to carry more bacteria in and out than you would on regular clothing.

A lot of modern sequin clothing, especially on everyday items like tee-shirts, can be machine washed.

Or at least hand-washed.

Playing sport is dirty per se.

When done right you should be working up a sweat.

If outdoors you won’t avoid grass, mud, dust and dirt.

All of that means your sequin workout attire needs more washing. And the more you wash, the longer it won’t last.

Human sweat, being moderately acidic, is particularly bad for sequins.

You don’t need to be RBG to figure out that out.

If swimming, you’ll likely be in chlorinated water.

Of course, not many people swim their exercise laps in a sequin bikini. But just in case you’re tempted to liven up the pool, don’t.

Chlorine reacts with the coating on sequins. Metallic-look sequins will dull, transparent sequins will lose their coating.

So skip the sequins when you’re getting in your minimum half hour of exercise per day.

Which you are doing, right?

Where to Wear Sequin Clothes: Not in Royal Company (during the day)

To a palace. To meet a queen. Don’t wear sequins.

Just like brides and corpses, the idea is to not upstage a sovereign.

Technically you’re not even supposed to sit, eat, touch, talk or leave before a queen/king does.

And if you have snagged a royal invitation, it will, without fail, precede a major wardrobe crisis.

What does one wear?

If you’re off to meet the Queen, say, for a garden party at Buck Pal, the invitations are vague and unhelpful, typically reading:

The dress code is recommended as day dress/lounge suit. However, this is for guidance only and is not intended to preclude other smart dress. Hats and gloves are not required.

Breath a sigh of relief at the hats and gloves part at least.

Then dive in and find something at the back of your closet in muted shades with no adornments on it.

Yes, you will be tempted by something flashier, but ask yourself how often you’ve seen the queen in sequins in the daylight.

The answer will always be, never.

However, should you be going to a formal dinner at the palace, a few sequins and a couple of beads are fine.

In fact, the Queen herself throws on some blinged-out frocks for those events.

And if you’re tempted to wear that ultimate piece of bling, the tiara, just remember those are for married ladies only.

If you’re married and have a tiara lying around, though, go for it.

As an added bonus, because tiaras are a sign that you’re no longer on the market, you won’t have to fend orf upper crust phone numbers all evening long.

Quite the relief, what?

Where to Wear Bling Conclusion

Where to wear sequin clothing does need a little thought.

Because bling is so ubiquitous these days, it’s likely you’ve got a favorite sequin piece (or two) in your own closet.

And while you can certainly wear it fearlessly to most places, there are a few events and venues to think twice about.

PrevPrevious ARTICLEHow Do J-Lo and Versace Update? More Sequins!
Next ARTICLEHow to Wear SEQUINS at WORKNext 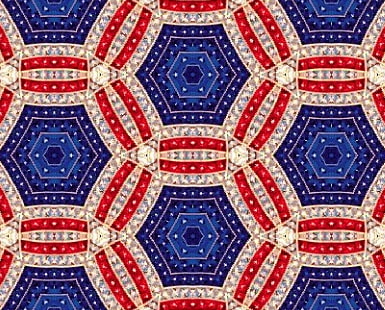 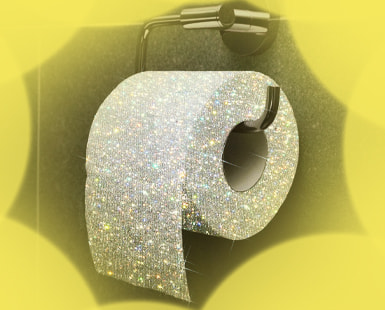 Bling for Your HOME: 25 Ideas to Make YOUR Décor Dazzling 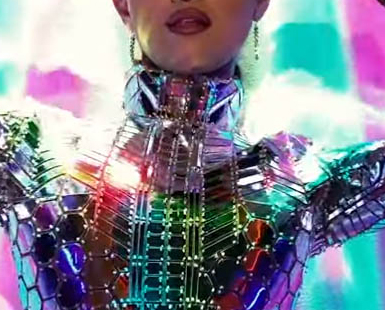 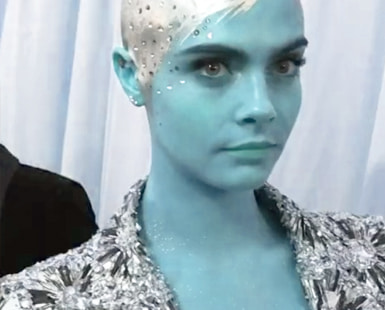